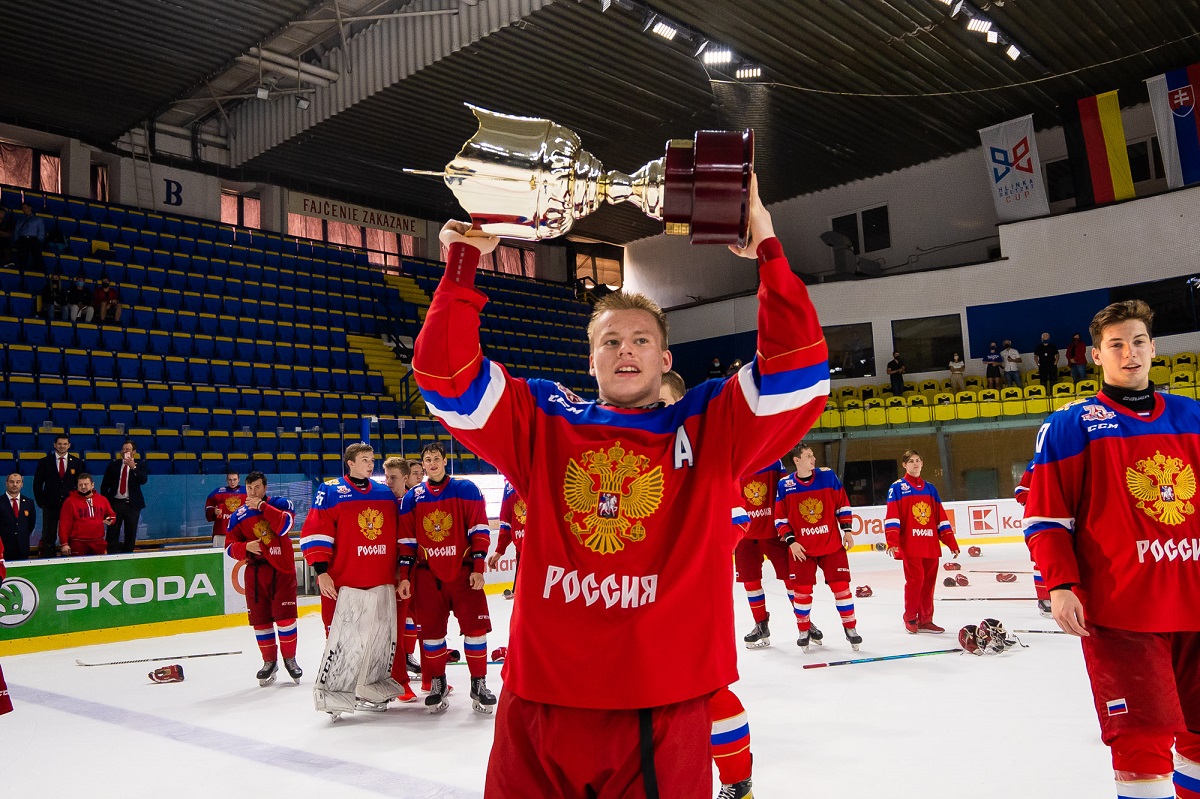 The 2021 Hlinka Gretzky Cup has ended and what a tournament it was! The Slovaks made the final for the first time ever, and the Russian prodigy Matvei Michkov broke the record for the most points scored at one tournament with 13, beating the previous record-holder Cole Perfetti by a single point.

There is no need to talk further about Matvei Michkov. He came to Břeclav as arguably the biggest star of the tournament as he fully showed his skill at this year´s U18 World Championship where we became the top scorer with 11 points (9-2--11). He is nicknamed "the new Ovechkin" for a reason.

His motor did not stop at the Hlinka Gretzky Cup either. He hit the ground running in the very first game against Finland which his team won 5-2 with Michkov being responsible for four goals –⁠ he scored two and set up another two. And he was just warming up...

In the next clash against the Swiss, the young Russian put up another three points and in total had 7 points (4-3--7) after two games.

"We are not thinking about the individual points. We are just having fun and everybody is playing for the team," said Michkov in an interview for the official tournament website.

And he did not disappear in any of the next, much more difficult, matches. He scored twice against both the Czech Republic and Sweden. In the final game, he added another goal and assist to his name which also made him the player with the most goals at the tournament.

He played five games at the Hlinka Gretzky Cup with the record of 9 goals and 4 assist for 13 points in total to set a new single-tournament scoring record, beating Cole Perfetti´s 12-point (8-4--12) output from two years ago. That feat helped the Canadian get drafted 10th overall in the 2020 NHL Entry Draft by the Winnipeg Jets.

Some say Michkov could go even higher than Perfetti. The most recent predictions rank him in the top three. Michkov, however, is slowly but steadily showing he has got what it takes to be drafted first overall. He is eligible for the 2023 Draft.

By the way, Dalibor Dvorský also had a fantastic tournament but he "only" tied Perfetti´s feat as he put up 8 goals and 4 assists. Both Michkov´s and Dvorský´s performances show how unique this year´s edition of the Hlinka Gretzky Cup really was.