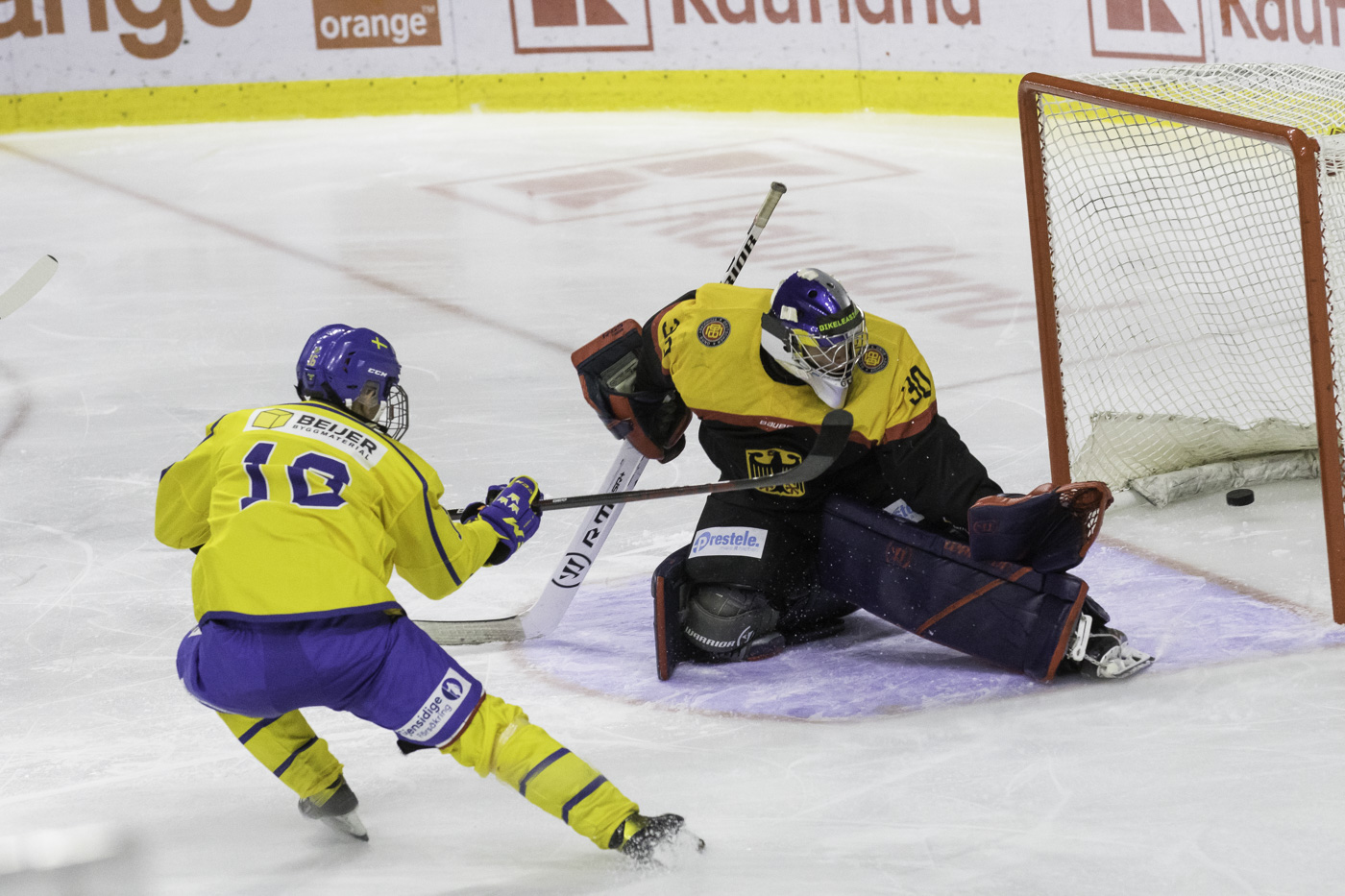 Sweden fantastically came back in the dying minutes of the bronze-medal match and scored the game-winning goal with only 28 seconds to go to finish 3rd overall. A lot of credit for winning bronze goes to Tim Almgren who was the only two-goal scorer of the game.

But it was not looking good for the Swedes for a long time as they were down by one with just six minutes left of the regulation time. "I know we have done it before so I believed we can do it again," describes Almgren his optimism Sweden can come back and win. Their game-winning goal actually came very late, specifically at time 59:32. "Unbelievable," smiles the Swedish forward. "It was a nice feeling to score the game-winning goal with about 30 seconds left."

"We worked hard the whole game. We pressed them good and got the puck deep. And then we got two pucks in and won," says Almgren about what does he consider to decide the game in his team´s favor. The last clash of the tournament was especially tough considering the amount of games all the players had had in their legs, but the Saturday´s two-goal scorer just smiles humbly: "Whenever I get to play, I am ready and do my best."

Although Sweden and Finland are big rivals when it comes to hockey, the Örebro youngster does not think emotions played a major role in the game. "There was not a whole lot of emotions flowing. Of course it was a little bit special to play Finland, but we have met them before, so really just a little bit."

As Tim Almgren describes, winning the bronze medal was not exactly what the Swedes hoped for, but they certainly cannot be dissapointed: "It is not really a success, but it is decent. Our goal was to play in the finals and win gold, but it is good to win bronze too."

The cup for third place is not the only reward these young players get for their success. The Swedish team prepared a special celebration meal for their players –⁠ pizza! "It is really nice to have pizza," laughs Almgren. What is his favorite kind? "It is a little bit boring, but I like Margherita."

With the tournament ending, the 17-year-old had only positives to say about the facilities and the event in general: "It was really great. Nice arenas and nice food," happily concludes Tim Almgren.