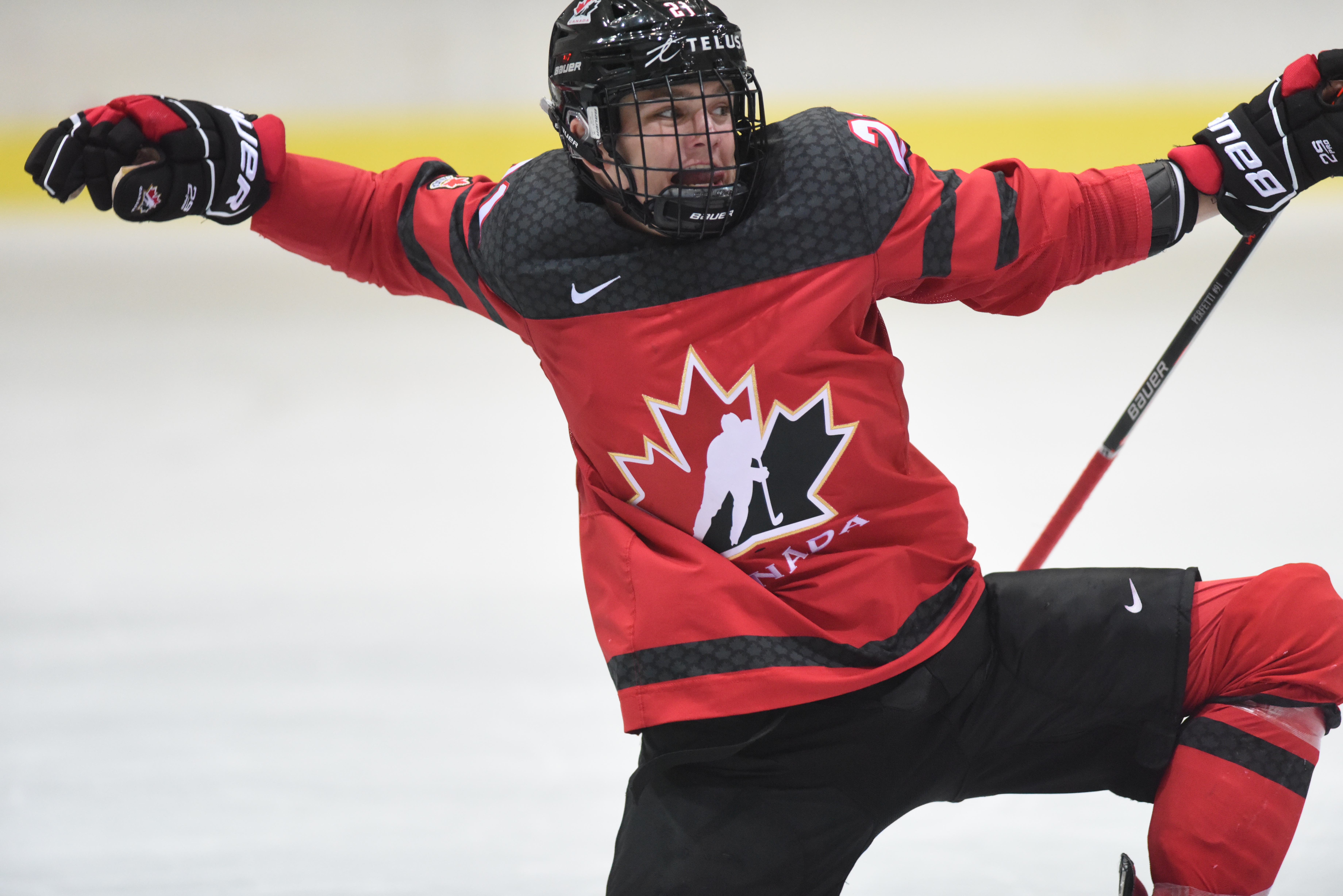 After five breakaway goals – two in the second period and three more in the shootout – Cole Perfetti was the man of the hour following Canada´s 3-2 semi-final win over Sweden. With one game still to play, Perfetti has tied the tournament record with nine goals and already set a new points record with 12.

“Five breakaway goals … he had lots of confidence and he’s obviously a clutch performer for us,” Canadian head coach Michael Dyck marvelled afterward. “I was going to keep sending him out there as long as the shootout lasted.”

While the coach was happy to keep sending him out there, Perfetti himself has never taken so many penalty shots in one game and certainly didn´t expect to shoot four times today.

“No, I was hoping it was just gonna be the one time and hopefully we would win,” he laughed. “But it was a pretty cool experience and something I’ll never forget.”

On trying to mix it up after shooting on Swedish goalie Jesper Wallstedt so many times, he explained: “I have two moves that I usually go to every time … but after the third breakaway I was a little bit stuck, I didn’t know what to do, so I just came down and tried to make a move and shoot, and it worked.”

Perfetti and the rest of the team don’t have much time to celebrate this win, as the final against Russia is coming up soon.

“It’s gonna be a good game against Russia,” Perfetti figures. “We’re gonna make some offensive changes and try to get more pucks to the net, more bodies in front, more screens. We did a pretty good job today but we can do a lot better and I think that’ll help us win.”