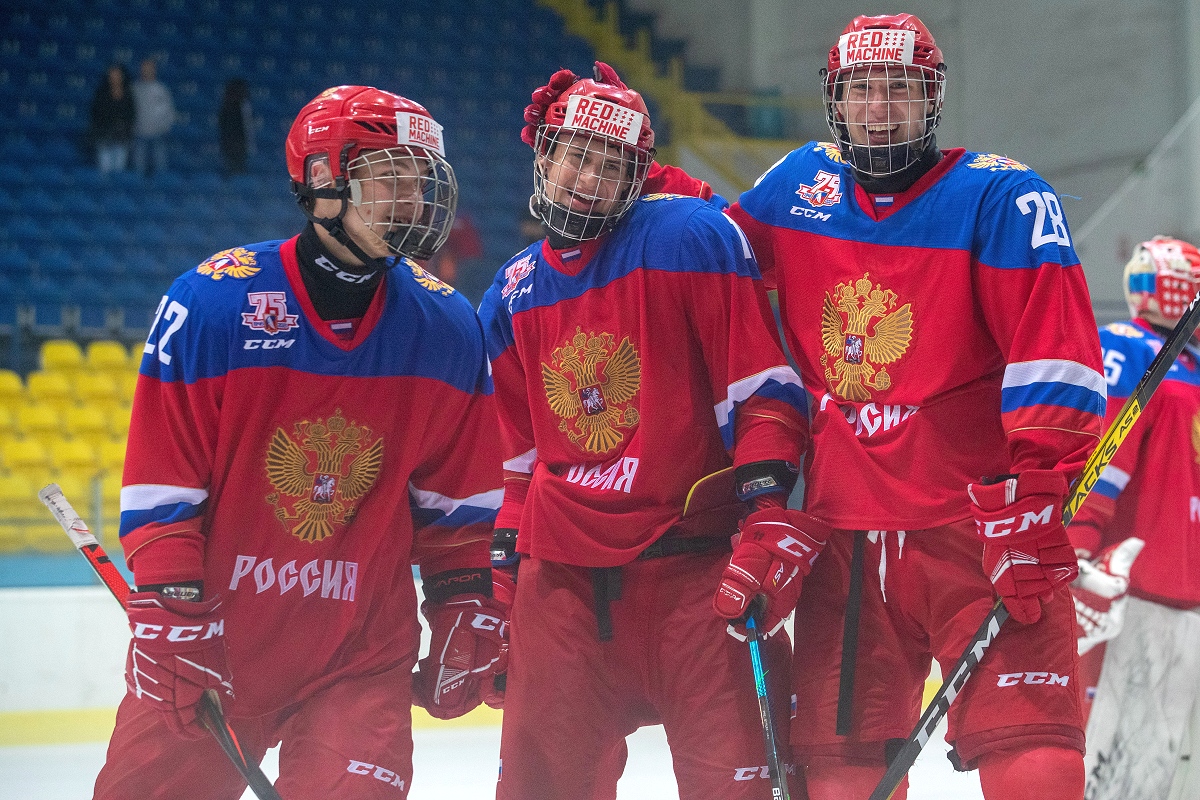 Perevalov: Slovakia has dangerous counter-attacks. We will be ready for them!

The Russians are still to find a team who can beat them. In the semi-finals, the Red Machine played a very fast-paced back-and-forth game against Sweden, and after 60 minutes, it came out victorious 7-5. In the gold medal game on Saturday, Russia will clash the co-hosting Slovakia who is also yet to lose. What does a three-point scorer from the semi-finals Alexander Perevalov think of both the semi-final and the final game?

Alexander, it was a crazy game today, but it did not start well for you as you were down by two goals in the first period and then again in the second. What was crucial to get the momentum going when you were down 2-4?
I agree, it was an unreal game. In the first period, we did not really show much. The Swedes played really well and we were basically just following their game. But we got the momentum going in the second period because we started to play our game. At that moment, everything started to click.

As you might know, Slovakia has not lost a game yet, the Swedes, however, played the closest game with Slovakia of all the Group B teams so I would assume this was the toughest game you have played so far. Would you agree with that?
I cannot rank our games from the toughest to the least tough, we are just doing our job –⁠ we go onto the ice and play our game. And it will be the same tomorrow.

Was there some special preparation before tonight´s game as you have not played Sweden at this tournament yet?
We have pretty much the same preparation before every game. We watch some tapes to get to know how our opponents play, what their tactics are... Today, we just found the antidote and we used it.

What is your plan before the gold medal game tomorrow? Will you relax, will you train, will you have some meetings...?
This is up to coaches, they will tell us what will we be doing –⁠ whether we will be relaxing or training.

And are there at least going to be some celebrations tonight, maybe a little dance party?
No (smiling). We will maybe just go on a short walk, we do not really have much time. So this is basically it, we will have a walk and then go to our rooms and sleep.

You played the Slovaks before the tournament in a friendly game, so based on that, what do you expect of the gold medal game? What would you say is Slovakia´s biggest strength?
We will be focused as always tomorrow. And their biggest strength? I guess their counter-attacks. And we will be ready for them!

So what would you say is the most important for you to do tomorrow? Would you say it is defending the Slovakian counter-attacks, as you just mentioned them, or is it something else?
Our hockey is very aggresive and we just have to stick to our game and our plan.

Thank you for your time.