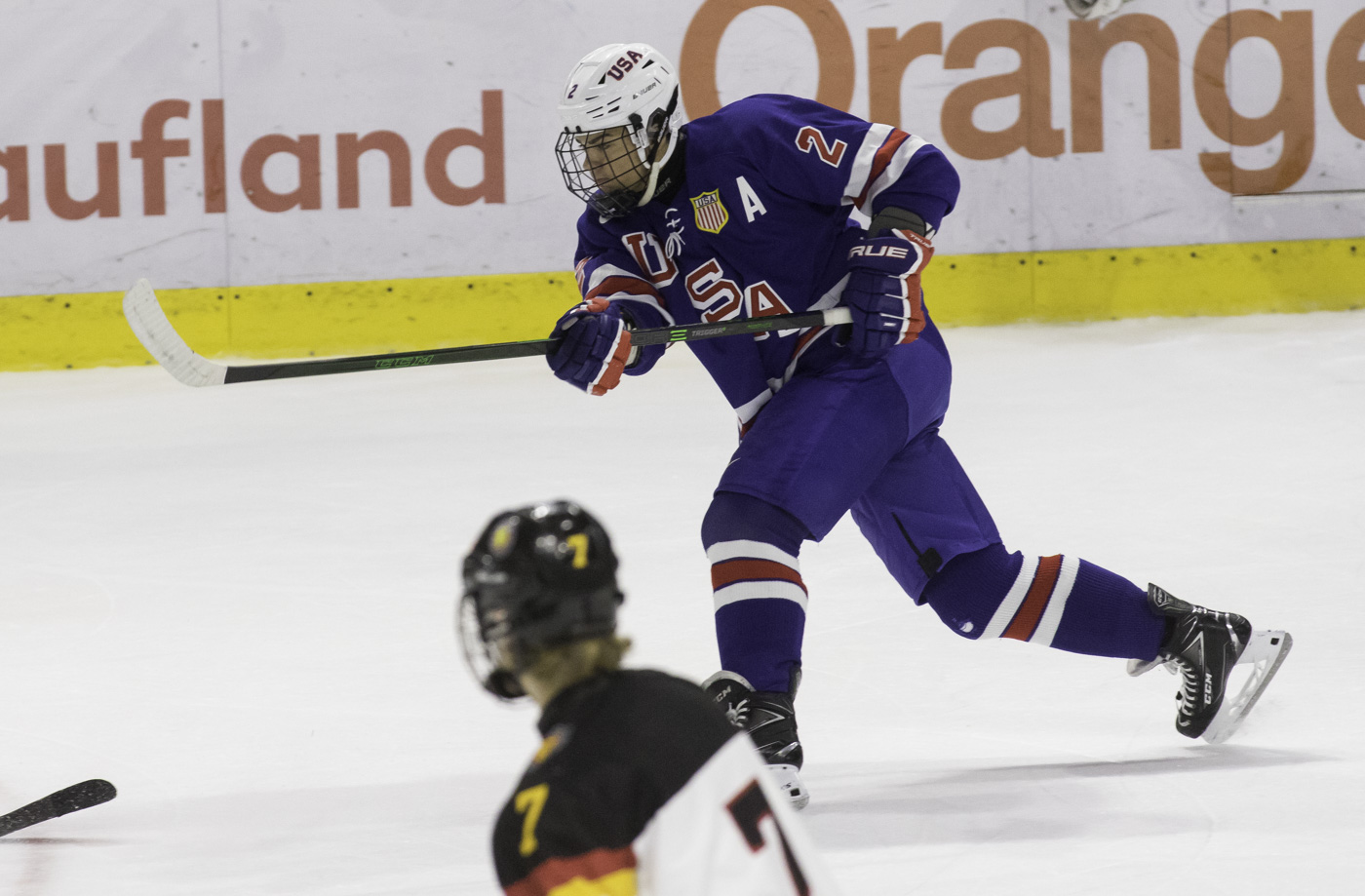 Brzustewicz: I would gladly say ”yes” to the USA again

The United States beat the co-hosting Czechs in the fifth-place game on Friday 6-4 after the Czech Republic made the game really nerve-wracking in the third period. One of the highest-rated prospects for the 2023 NHL Entry Draft, Hunter Brzustewicz, played a key role in the American successful ending to the tournament as he put up two assists.

Hunter, a great win for you today, congratulations first of all. But it certainly did not look easy, especially in the beginning when your second goal got disallowed and the Czechs were able to score two unanswered goals right after. Would you say the disallowed goal kind of took the momentum away from you?
I think we had momentum and kept pushing. We warmed down and had a great transition from defense to offense. I do not think we backed down once we got the goal disallowed, we just kept going and I think we did a really good job with that.

There was more drama especially in the third period when the Czechs got back in touch. What would you say was the crucial element in your game that helped you defend off the Czechs and get the win eventually?
We played the body well and they let us drive the middle so that is what we played. I think we did that good and squeezed over perfectly. We made them chip a lot of pucks in and once they changed, we just went back at them and played hard.

There also were some altercations in the third period. Can you try to describe what was going on down there?
I think our boys just kind of fired up, there were a lot of emotions out there. The fans were going crazy so I think our boys just wanted to get in with some stuff. For some boys, this is the first time they are playing international hockey so emotions are high. But I was not out there in any of the scrums so I cannot say much more.

As you just mentioned, you had a lot of fans here tonight. To be honest, I have not seen any team but the Czechs having this many fans at a game at this tournament. Did you hear them down there at least a little?
Yes, I heard them a couple of times. Our fans are great and I really appreciate them coming over from a long way. Our energy was great and once the Czechs came close, the fans gave us the support and that was really great.

Overall, you finished fifth at the tournament. Is that an acceptable result for you considering your team is not absolutely stacked with A-level talents?
I think we have a great talent. And we have hard work. It is not the result we wanted but be fought all the way through, this is the reality and we have to live and learn, and hopefully, the boys will do better next year.

If I am not mistaken, this is your first time playing against guys who are over a year older than you. How was it for you, was it different from what you are used to from playing the guys your age?
No, I do not think there was much difference, I was just playing my game. I have gotten bigger over the past year so I think that definitely helped. I just played my game and fought through the stuff I had to fight through.

You even wear an "A" on your jersey which is pretty significant considering you are one of the youngest guys on the team. What does this mean to you, is it an honor for you?
Oh yes, it is a huge honor (smiling). I was really happy once I got named an assistant captain. And if I ever get to wear the "A" again anywhere, I will make the most of it and I think I made the most of it here. It was truly an honor to wear the "A" and I am so happy I got to wear it.

You are actually ranked one of the best prospects for the 2023 NHL Entry Draft. Do you think this tournament is your chance to show the scout you have what it takes to be drafted in the TOP 10 or TOP 5 potentially?
Well, I think I did a good job with that, but mostly, I tried to stay away from that. I just focused on the ice and was not really looking who was up there in the stands. I am not really paying attention to prospects and rankings, I just play my game and keep working both on and off the ice.

As you are one of the younger players here, you are eligible to come to Břeclav once again next year. Are you hoping to get invited again?
We will see where the chips fall. I do not know if I will be able to come, but if I get the call anytime in the future or next year, I would gladly say "yes" to the USA.