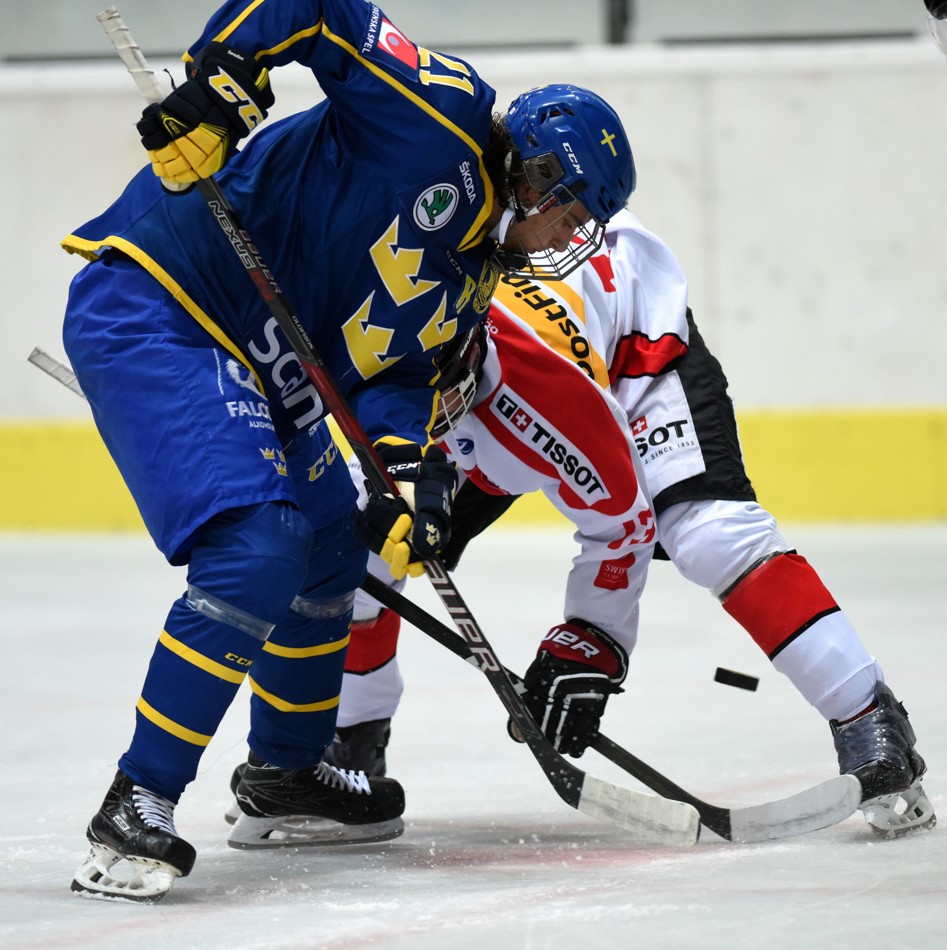 Sweden will face Canada in the semi-finals after winning their group.

17-Year old David Gustafsson is potentially a top 100 pick in the 2018 NHL entry draft, according to some early listings. The Tingsryd native, who plays his hockey in HV71´s junior system, has a goal and two assists so far in three tournament games.

We caught up with him after Sweden defeated Switzerland 4-2: