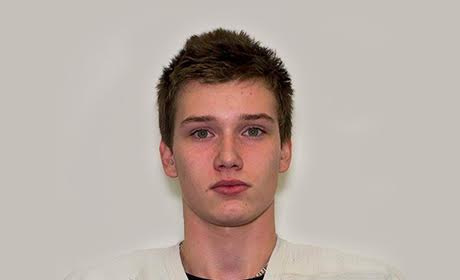 Slovaks hope for win in a game for seventh place

Slovakia had difficult situation in group B against favorites from Finland, Russia and USA. Home team didn´t get any point and lost all games, however, the performance showed the potential of Slovak squad. Slovaks want to capitalize it in game for seventh place against Switzerland.

Slovak forward Samuel Bucek plays in first formation with Solensky and Studenic and took attention of spectators and scouts, especially in last game against USA. Bucek has a really good movement in offense zone and scored the first goal of Slovak team, with which Slovak started pursuit from result 0:4 to 3:4. However, Slovaks lost 3:7. “We were pre-motivated in the beginning of game and made faults in defense. We were missing shots and opponent was much better. Then, the first goal helped us, we created chances and just one goal was remaining during result 3:4. Just after the goal, we made a stupid fault in defense and the game was over,” said Bucek after the match. The game was watched by 1278 spectators, what´s a nice attendance during hot summer weather, when are many people at swimming pools or on holidays. “I was playing also in front of higher attendances, but it´ s always nice, when people come and cheer to us. We are fighting for country, there is no bigger motivation than country and people at stadium,” added Nitra´s young forward.

Slovakia played three good and tight games with favorites and had chances to get at least one point. Finally, home team wants to get first win in game for seventh place against Switzerland. “We have a team meeting and training at free day on Thursday. Coaches will probably explain us our faults from games in group and prepare us for Friday´s game. This match will be different, we will try to sent more shots and be more aggressive in front of opponent´s goalie. I really hope to win this game against Switzerland,” that´ s Bucek motivation before the end of tournament. Not only results or team performance, but individual actions are important also. Memorial is watched by many scouts from NHL teams and NHL is a big dream probably for all young players...”I saw scouts, but there´s no reason to be nervous of them. The most important is to play our hockey, fulfill coach´s tasks and stay in our game system. If we fulfill all of this in Friday´s game, I am persuaded that we win,” finished Samuel Bucek.

Slovakia will play against Switzerland on Friday, the game starts at 14:00 CET. We can say that Slovaks are little favorites, they have higher motivation in front of home stands and played good games in a group. Let´s see, what this game will bring!