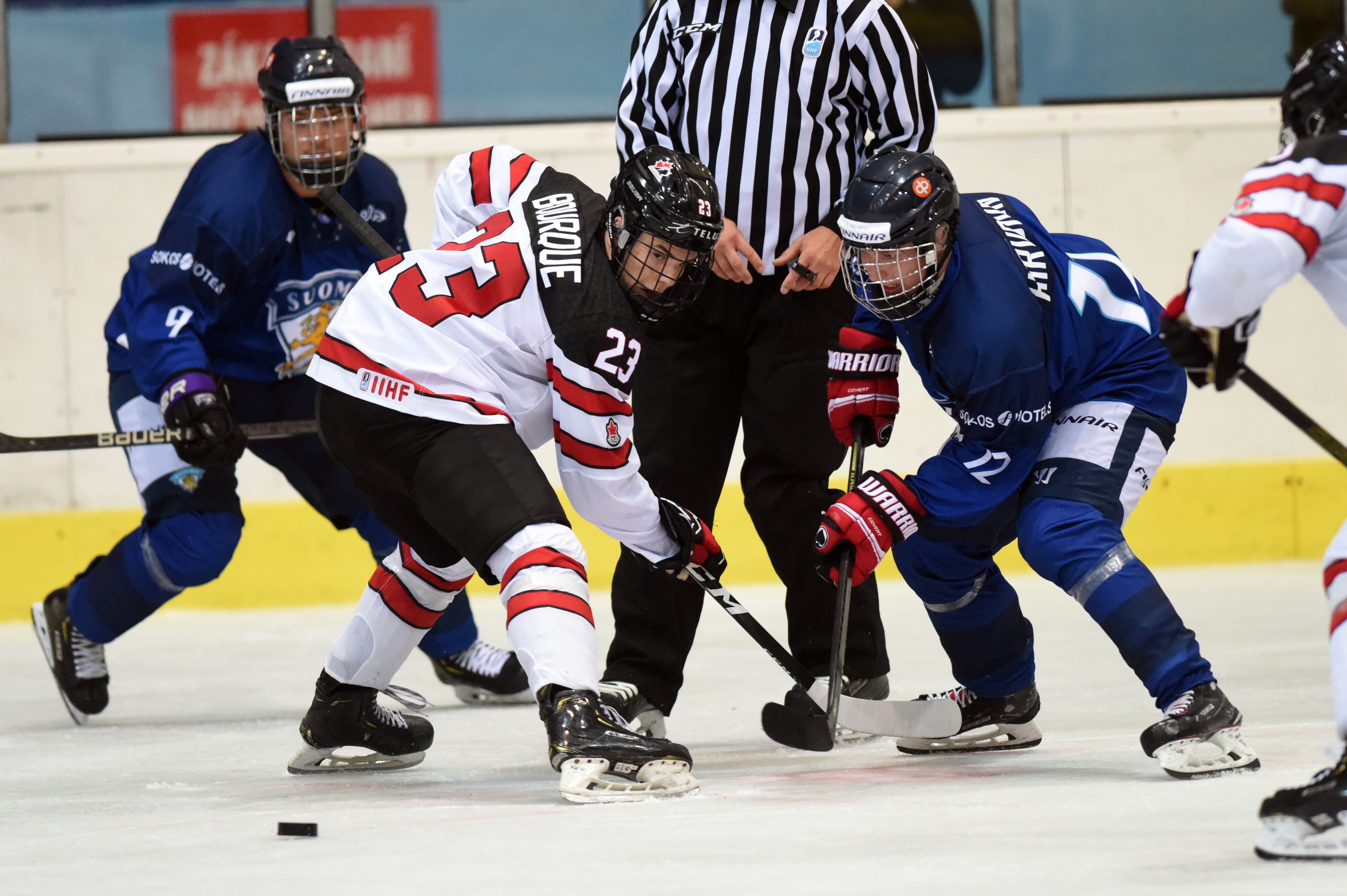 It´s playoff time! To begin the day, the third- and fourth-placed teams in each groups will decide places five through eight. Then in the evening, the top four teams will play the semi-finals and decide which colour medals they´ll be playing for tomorrow.

This is a rematch of last year’s final, which Canada won 6-2. The Swedes had their troubles in the group stage by narrowly beating Slovakia, getting shut out by Russia and then trailing by two goals in the third period against the USA before staging a comeback and winning in a shootout. Jesper Wallstedt has been solid in goal.

Meanwhile, Canada won all three group-stage games this year by a combined score of 21-1. As such, they have six of the top seven scorers in the tournament so far, led by Cole Perfetti and Hendrix Lapierre with nine points each. Head coach Michael Dyck isn’t worried about some of the games being too easy for his team so far though.

“We’re not going to look too far ahead of us or too far behind us,” Dyck said. “We’re just going to make sure we’re prepared for the game that’s right in front of us. If we have that approach, we won’t have to worry about complacency.”

Russia topped Group B by taking eight of a possible nine points, and looked particularly strong in a come-from-behind win over the USA and a shutout win over Sweden. Their scoring has been fairly balanced with seven players recording two or three points, and everyone is aware of Yaroslav Askarov in goal.

As for the Finns, after dropping their opener to Canada 6-0, they were very strong in wins over the Czech Republic and Switzerland, outscoring them 11-1. Rony Hirvonen has led their offence with five points so far, and 15-year-old Brad Lambert served notice with a hat trick against Switzerland.

“Russia’s obviously gonna be really good,” said Lambert. “They’ve got an unbelievable goalie and it’ll be a tough game, but I think we can beat them.”

“I know Russia is a very good team, they’re tough to score on and they’ve got a lot of skilled, dangerous players but we’ve played well against them in the past and we’ll be ready,” said Finnish assistant coach Antti Miettinen.

The two third-place finishers meet in the early game in Břeclav to decide fifth and sixth places overall. These two teams met in a pre-tournament game last Saturday, with the Czechs winning 3-1.

“But this will be quite different from the pre-tournament,” said Czech coach Karel Beran. “The Americans have improved every game this tournament. They´re rolling.”

“We have a good record against the Americans. We always play good games against them, so I hope we can build on that,” said defenceman Marek Bláha.

Neither of these teams has won yet, but they’ve been close. Switzerland took the Czechs to overtime and the Slovaks lost twice in extra time and the other was a one-goal defeat.

"At least I´m glad that we´re not calling this a fluke anymore, but finally acknowledging that this is a good team," Slovak coach Ivan Feneš said after Wednesday’s overtime loss to Russia.

Swiss head coach Martin Höhener is confident, stating: “I feel that our team has potential. We have something to work with in the future.”