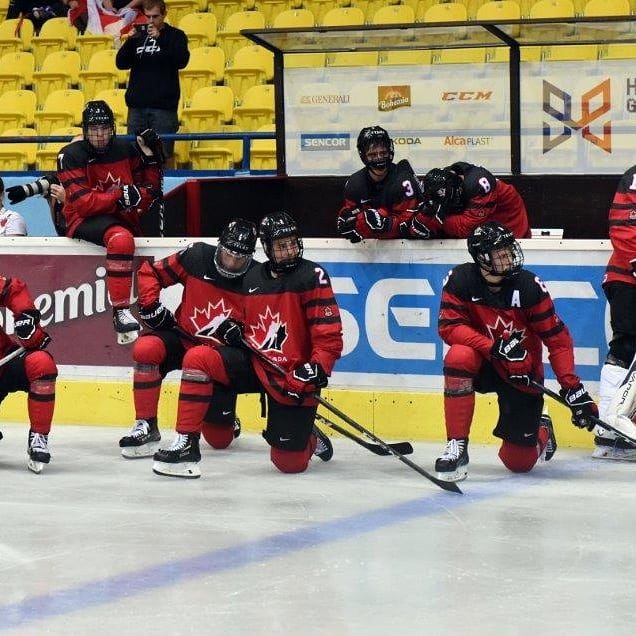 It isn´t often that Canada doesn´t win the Hlinka Gretzky Cup, so losing this year´s final 3-2 to Russia was tough to take. Two players who put on a brave face and answered some post-game questions were highly-rated draft prospects Quinton Byfield and Cole Perfetti, who tried to explain what happened.

How tough was it to play out there today?

“It was tough. It was really hot out there but we don’t have any excuses. We’ve played in this rink for four or five days now. That was their first game here and I think we should have won that one.”

Was the goalie just that good, or do you think you could have executed better?

“I think we definitely could have executed better. We have to give props to their goalie, he played a really good game, but I think we could’ve capitalized on more of our chances.”

You scored the power-play goal early in the second period, but after that, it seemed that their penalty killing didn’t give you much room at all …

“Yeah, they definitely started pressuring us more. They started playing us tighter and I think that’s what started happening towards the end.”

This must be a tough loss, but are there any positives you can take from it?

“Well, we don’t really want to be feeling this right now, so I think this will definitely motivate us all in the future to win.”

It’s obviously tough do lose, but how do you think the team played?

“I think we played mostly a pretty good game, but we didn’t didn’t capitalize on our chances much, and then when they had a chance they capitalized. Their goalie played great even though we outshot them and outplayed them, I thought. We just couldn’t find one. It was a tough one.”

It looked like they were really keying on you and giving you some good shots whenever you got near the net or near the puck. Is that how you felt?

“I don’t know. They played pretty tight defence out there. I don’t know if they were keying on me in particular or if it was just everybody, but they did a good job of shutting us down.”

At the end, you were firing everything at the goalie. How tough was that when the siren sounded?

“It was something I don’t ever want to feel again. It was the worst feeling ever.”

Are there any positives you can take from this experience?

“Losing is a good learning tool for success in the future. You can learn a lot from losing, and I hope I don’t ever have to experience this feeling ever again.”