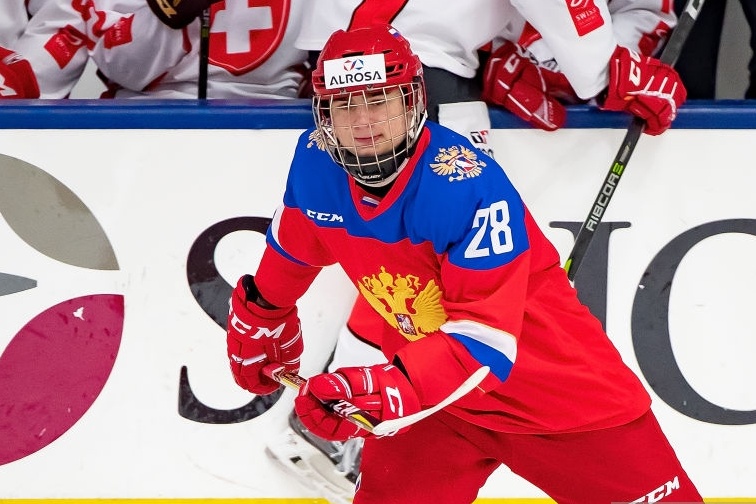 Pashin after hat trick: ”Dream? I must say thanks to my teammates”

The Russians stepped up in the third period of their semi-final against Finland, winning 4-1. Alexander Pashin collected a hat trick. "Dream? The only reason I scored three goal was my teammates," the 17-year-old sniper said humbly.

You´ve reached the final. What made the difference?
Well, it was a tough game to play and nothing was set before the third period. I guess we were playing smart defensively. That´s why we got our chances and that´s the reason why we won.

Was Finland the toughest opponent you´ve faced so far?
We were prepared for a tough game but I would say every team at this tournament is extremely good. I can´t say if Finland was better than other teams or not. We were prepared in every other game as if it was our last.

You scored a hat trick in the semi-finals. You must been living your dream, right?
Well, i don´t know. Maybe it looks like a dream but I have to thanks my teammates. They are the only reason that me scoring a hat trick is possible.

In which part of the game is your team the strongest?
I think our strongest side is that we are always playing as a team. That´s the most important thing. If you play as a team, listen to your coach and the things he says about your game, you can win. You can´t give up, that´s the only way to win.

Are you looking forward to meeting Canada in the final?
We just have to step onto the ice and play our game, then everything should go well for us. I can´t say if Canada is any different in some way than every other team that we´ve played up till now.