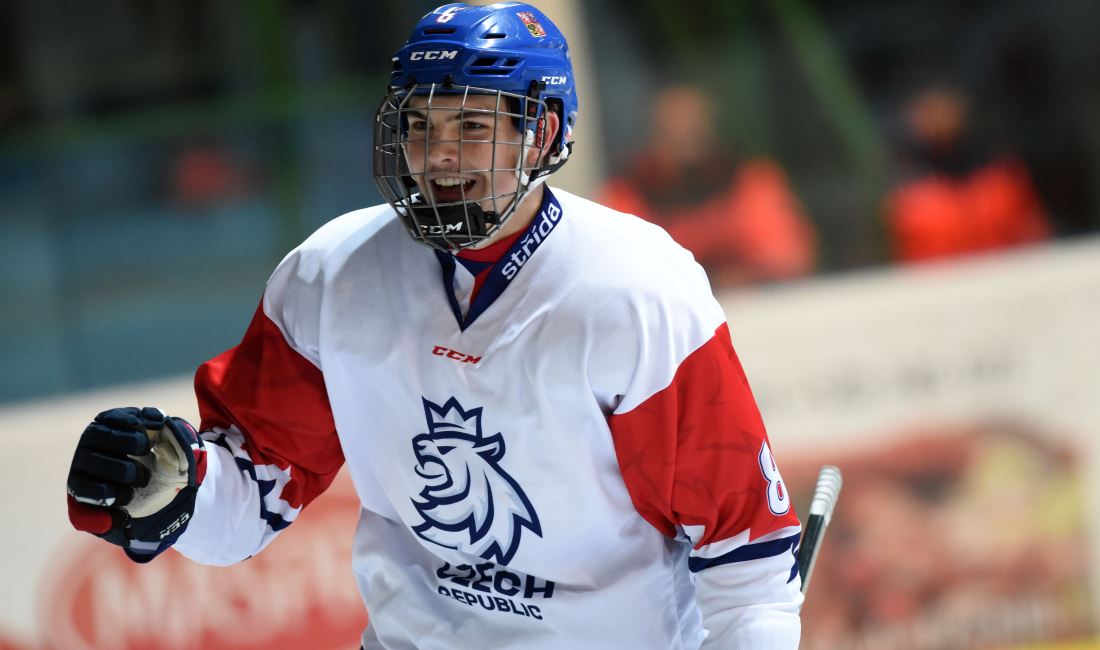 Hlinka Gretzky Cup as a springboard for the Draft; Who will follow in the footsteps of Dach?

According to the Hlinka Gretzky Cup long-term plan, it moves back to the Czech Republic and Slovakia this year after being held last year in Canada. Several promising hockey players who hope to be picked in the 2020 NHL Entry Draft will be able to display their talents, just as their teammates in past years have done. Below, we take a look at players from the 2018 tournament who have another chance to impress.

Almost everyone from the winning team

Last year, the Canadian tournament flourished as a standard, sending almost the best of what was available to the Cup. And it paid off, as they won the tournament on their home ice.

Their charged line-up, with which they handled at home, only confirms the draft results. Seven players from the winning lineup were selected for the NHL teams in the first round, and very high. Defenceman Kirby Dach went third overall and centre Bowen Byram went fifth.

Among Canadians, the best-performing player was Alexis Lafrenier, who finished first in team scoring and second overall. His draft year isn’t until 2020, but many experts are already predicting him to go first overall.

In all, 14 of the players from Canada´s 2018 team were selected and only six weren’t. However, three of those are highly rated for next year, including Lafrenier.

The United States also fared well. While none of the players from last year’s U.S. team was taken in the first round, nine Americans were ultimately taken. The highest was chosen by Arthur Kuliyev at 33rd overall.

Sweden vs Finland is always a fierce rivalry. While Sweden did much better at the 2018 Hlinka Gretzky Cup 2018 by finishing second overall compared to Finland’s seventh, it was the Finns who had more players drafted, 9-7. Swede Victor Söderström was the highest player chosen from either country at 11th overall.

And as expected, players from last year’s Nordic teams are also available for next year’s draft. Tre Kronor has Lucas Raymond and Alexander Holtz, who are both expected to be in the top five according to current forecasts. Unfortunately, although they are both eligible to play this year in Břeclav and Piešťany, they are not expected to appear. A similarly successful future is predicted for Finn Anton Lundel.

The experience of the Hlinka Gretzky Cup was also benefited by Russian players, of which eight were drafted. In the first round, Vasili Podkolzin, the top scorer of the five-day tournament, was the only one of the previous team, and thus the highest one picked. The selection of Russians drafted was then completed by Roman Bychkov, who was taken by Boston in the fifth round.

Two Czechs and one Slovak taken

Among Czechs, NHL teams focused their attention on Michal Teplý (pictured) and Martin Hugo Haš, who both played in last year’s tournament. Teplý was chosen in the first round by the Chicago Blackhawks and Haš went to the Washington Capitals in the fourth.

Slovak forward Maxim Čajkovič, who was the second-highest scorer on his team a year ago, was taken by Tampa Bay.

From last year’s Hlinka Gretzky Cup, Switzerland was the only team that didn’t have any players drafted this June.