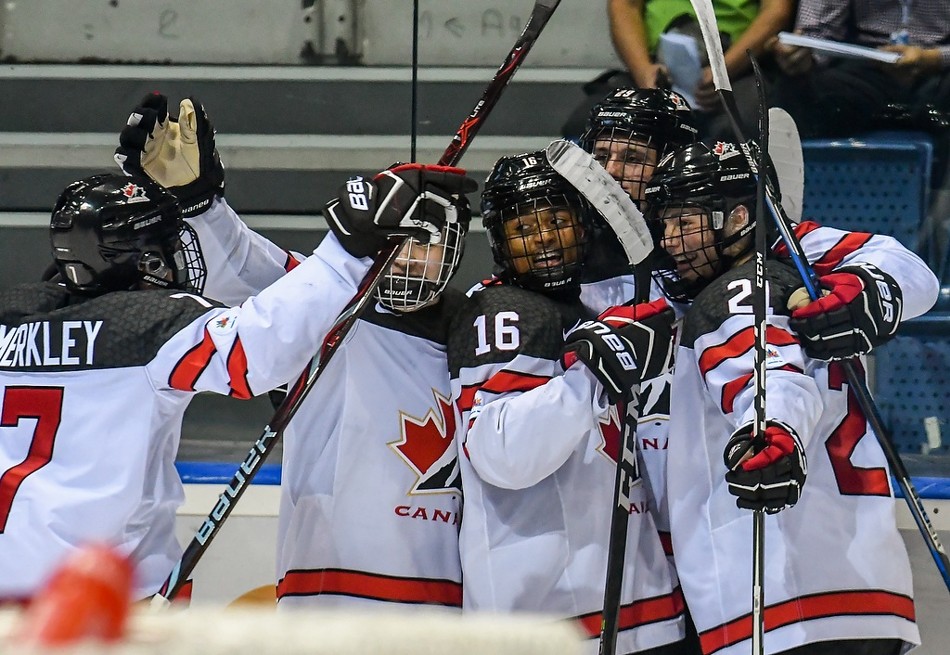 It was a tough battle against Sweden, a team that had topped the Břeclav Group with relative ease. Tied 1-1 in the third period, the Canadians broke the game open with goals from Serron Noel and Benoit-Olivier Groulx and eventually won 4-1. Those players, plus captain Joe Veleno, who assisted on Groulx´s goal, and defenceman Ty Smith, talk about the semi-final win and look ahead to the meeting with the Czechs in the final.

With 11:24 left in the third period, Noel scored the go-ahead and eventual game-winning goal. He described: “There was a shot from the point, then Jack McBain picked the puck up and passed it to me. I’m lucky enough to have my stick on the ice and I just put it in. Credit to Jack McBain for the great pass.”

The game wasn’t over yet, but when Groulx dug hard in front of the net and scored another goal with 2:33 to go, it nearly was.

“We kept playing our game, playing down low, hit them, crashed the net. I think the last two goals showed the way we played the whole game,” said Groulx, who then described his goal. “It was an amazing play by Joe Veleno to get that puck in front of the net. At first, I didn’t see it and it hit my skate, so I tried to see where it was and in the end I found it right in front of my blade and I just put it in.”

“We’ve played against them once already,” Smith said about the pre-tournament game in which Canada beat the Czechs 3-1. “I’ve heard that the crowd is going to be crazy there, so we’re going to have to deal with that and just focus on the game. I think we have to just stick to our game plan, listen to the coaches and we should have a good chance.”