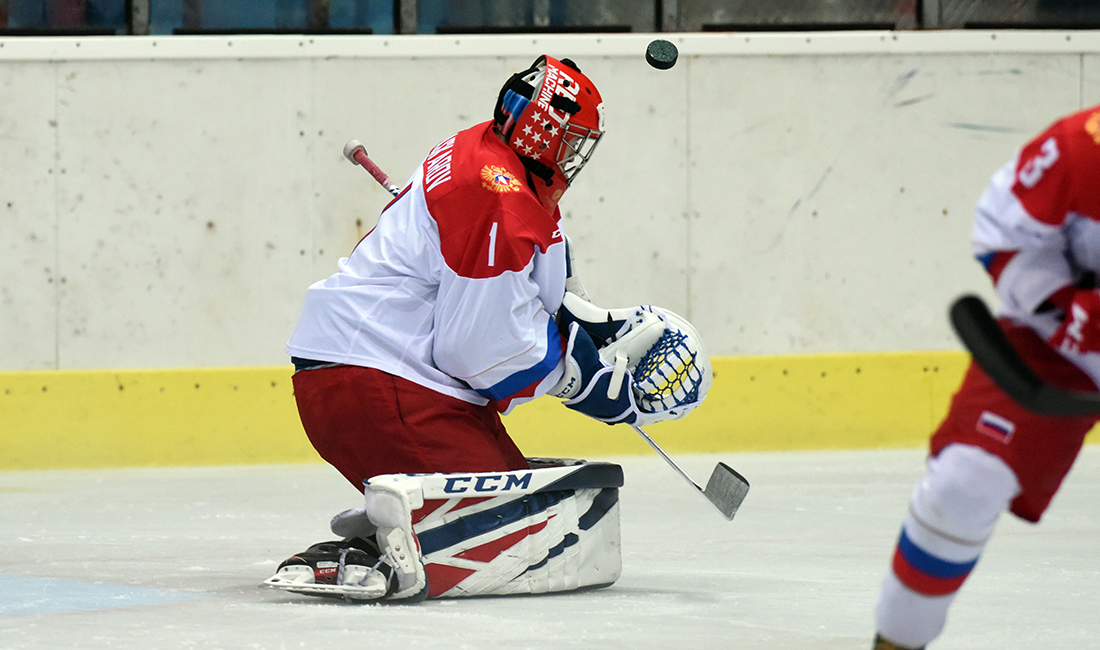 Askarov after final: My teammates were helping me a lot!

The Russians kept the Canadian shooters shut and with extraordinary help from their goalie Yaroslav Askarov skated their way to the gold medals.

Yaroslav, you just won the gold medal. What is going through your mind right now?
I´m not really sure what just happened, I´m just full of emotions at the moment (smiles).

What was it like in the final surge? The Canadians were in your zone for the last three minutes but you were able to hold the fort...
Obviously the Canadians were trying to do everything possible to score a goal but my teammates were helping me a lot and I was helping them. That´s how we win gold medals.

What could you say about having a defenceman like Daniil Chayka, who ends up winning the Player of the Game award in front of you?
Well, we have plenty of good defencemen on our roster and when are they stepping onto the ice, they just have to be confident in me, because I try my best to help them to win.

Many of the draft reports put you even in the top 10, which is very rare for a goaltender. Do you think this was a good start of the season for you to prove that you belong to this group?
I guess when you win such a great tournament like Hlinka Gretzky Cup is, everyone is paying attention to you. I think that everybody on our team improved their position in the reports.

Who was the most challenging shooter you faced in the tournament?
Honestly, I wasn´t paying too much attention to the shooters, I was just trying to do my best to win.

Is there a specific goaltender that you look up to?
I think there is no perfect goalie but I look up to the likes of Andrei Vasilevsky, Sergei Bobrovsky, Marc-Andre Fleury, Ilya Sorokhin, Pekka Rinne, Juuse Saros... There are a lot of good goalies out there and I just try to always take something from their games and implement it into my own game.

When do you expect yourself to be ready to come to the North America, especially if you will go this high in the draft?
Well, I would have to think about that first (laughter).